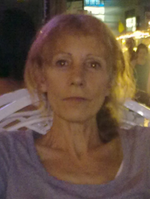 ​Tilla is a registered Forrest yoga teacher and yoga therapist and works in the centre of Leiden where she teaches Forrest yoga, Vinyasa yoga and has a Yoga therapy practice.
Tilla has been training and teaching  yoga since her first immersion in an ashram in south India back in the 80's and has since worked through several yoga teachers trainings of various styles.